The Cast of Characters, plus Grandparent Ruminations

By General in Uncategorized on February 19, 2013
6 comments

My younger son is engaged!  So exciting.  I’ve been writing for CTWORKINGMOMS.COM for over a month now, and I realized that with the addition of a future daughter-in-law, I need to clarify the cast of characters going forward.  I don’t want to use their real names – they didn’t ask to be part of my blog life!  Cora uses Kitten and Lovey, which is just delightful.  I love Jen’s use of Big and Little (although I keep thinking her older son was Carrie Bradshaw’s boyfriend on “Sex and the City”). 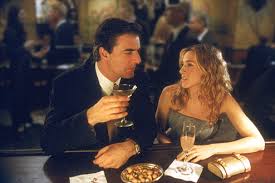 I’ve decided to go the high tech route with the offspring and will call them MOS-32 (My Older Son, who will soon be 32), MYS-27 (My Younger Son, who will soon be 27) and MSS-19 (My Step-Son, who will soon be 19).  It makes them sound like robots!  Then there is The Husband (formerly known as The Honey, before we got married in 2007).  The two dogs don’t mind my using their actual names (such publicity hounds!): Billy and Rosie. The granddogs are Gemma and Reese. Gemma and Billy are birth siblings.  My connection to Gemma is a little “Chinatown”-esque:  “My grandmother! My aunt!” 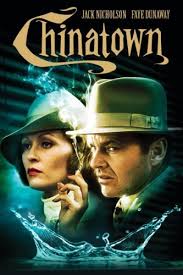 I have a younger brother and a younger sister, who may pop up in the narrative from time to time.  They both live in the suburbs of Philadelphia.  I have 5 nephews, ages 21, 23, 24, 26 and 26.  They are awesome young men.

I have a lovely daughter-in-law, who shall be known as DIL-30.   MYS-27’s happy news means I will soon have a second DIL, but for now she will be MYS-27’s fiancée.  And then there is my amazing grandson, who just turned 6 months old.  I could call him MGS-1/2!  Hmmm – let me think about that one for a bit.   Once I knew a baby was on the way, I saved up my vacation days at work and as a result, I am able to spend every Friday from 12 to 8 pm taking care of my grandson and my granddog Gemma.  It is the highlight of my week!

There are no mother-in-law or father-in-law problems in my current marriage — everyone is dead!  In two months, I will be the exact same age my father was when he died, which is freaking me out quite a bit, even though his lifestyle was very different than mine.  I hope I take after his mother, who lived to be 90.

My fellow moms have been discussing the issue of grandparent names.  I had only one set of grandparents growing up, and I was told to call them Mom-mom and Pop-pop.  As I became a self-conscious pre-teen, those names embarrassed me.  So I feel it’s important to choose grandparent names that will stand the test of time.

When MOS-32 was born, he was the first grandchild.  I wanted my parents to be called Bubbie and Zayde, the traditional Yiddish terms for grandparents.  It was kind of a joke between me and me, because those names conjured up pictures of elderly European immigrants, and my parents certainly did not like to think of themselves that way.  My father objected strenuously: “Ewww, a Zayde is an old man with a long white beard!” 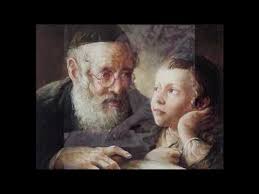 He fancied himself quite the swinging guy, with his designer jeans and his Jaguar.  When MOS-32 started to talk, however, he could not say “Zayde,” so he called my dad “Zeza.”  My father LOVED that name because it was unique – there were no other Zezas on the planet!  He even named his racehorses “Zeza’s Boy” and “Zeza’s Girl.”  Yes, he owned racehorses, although my mother liked to say that he found them on the street, pulling a cart and wearing a hat with holes cut out for their ears.  In other words, they were not exactly Triple Crown contenders, but he was very excited about them. 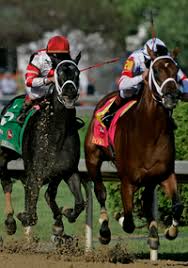 My father loved the racetrack, and in fact that’s where he died.  But the odds of his dying there were pretty good, since he went every single day.  When I was little, he would tell my sibs and me that he was taking us to the zoo…but there was always only one type of animal.  I spent many Saturdays learning how to handicap races and making $2 bets funded by my dad.  Ah, good times.

Now that I am a grandmother, I have a unique name, invented by the very clever MYS-27.  It is Grandi – a combination of my real name and “grand.”  We’ve all used it for a while now, even before the baby was born, because my granddogs, who came into our lives a few years ago, refer to me as Grandi.  Of course they do!  I love it, although I must face that there will never be a Hallmark card made with that name on it.  But who knows what it will mutate into when MGS-1/2 begins to speak?

So those are the characters who populate my sometimes sitcom, sometimes soap opera life.  I feel really blessed – not a word I use lightly – to know and enjoy each one of them.  When I was a young mom, I wish I had known all of this would be waiting for me!  Take heart, young mothers – it just gets better and better.

6 comments on “The Cast of Characters, plus Grandparent Ruminations”