I went to college at the University where Eniac was created. I didn’t get to use Eniac itself, but I did take a course in programming, using computers that still used mag cards. My project was to get the computer to write a poem, using random lines. I quickly realized I had to write several poems with interchangeable verses in order for this to work. Oops!

Law school was really just a library course – learning how to find the pertinent law among billions of tomes in the massive library. You couldn’t properly cite a case in a brief until you “Shepardized” it, which meant looking in a publication that listed every OTHER case that cited your case and then looking up each and every case, running through the stacks, lugging heavy bound volumes back to your carrel and then reading them.

In law school, the Shepard was my Lord

No personal computers, folks. No internet. Seriously. How did we live?

My first personal computer was a KayPro, which had green characters on a teeny screen, and 64K of memory. It processed words, printed onto a dot matrix printer, and could create a spreadsheet if one had plenty of time to assemble it. Nonetheless, I loved it! It was “luggable,” which meant a very heavy machine that was semi-portable. It used floppy disks. This was 1985, and it cost around $1600 (over $3000 in 2013 dollars).

1997: the internet entered my life. We had to use our phone line to access the net. Anyone remember the static-y sound of logging on, followed by the “bong bong” that meant success? I was mesmerized by internet access, and could not stop exploring. I could use a search engine such as HotBot or Dogpile to identify a song just by typing in the lyrics! That was heaven on earth to me and still remains one of my great joys. I have learned about wonderful bands just by searching song lyrics I heard on a commercial (State Radio) or piped in to a department store (Amy Winehouse). Prior to that, I used to leap from my car to use a phone booth to call the radio station to have them ID the song they were playing in real time. 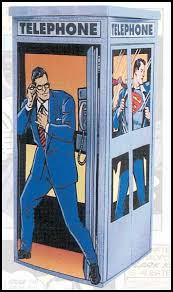 “What’s the name of that terrific song you were just playing?”

I was so obsessed that I would often stay up all night exploring the world on the computer. I remember reading about Princess Diana’s car accident on the computer news feed, and rushing to turn on the TV to learn more. The TV news channels did not yet know it had happened. That was a galvanizing moment for me – I knew the world had changed dramatically. Today we are all very used to having so much info available to us at all times, but back then, I still read the local newspaper from cover to cover to learn what was going on in the world.

In 1998, I was on the computer at 4 am when a zillion termites swarmed my kitchen. That was fortuitous because I could eliminate them quickly instead of giving them time to make themselves at home. Imagine waking up and coming downstairs to termites sipping coffee and eating danish!

In 1999, I bought a Gateway (as in gateway drug?). Remember those? It was a great computer that lasted for many years. My children were VERY occasionally allowed to use it. They were forced to turn to a life of video-game playing to compensate.

Whoa — is that Winnie from The Wonder Years?  Hot damn!

After the Gateway, I went the laptop route entirely. I had an adorable tiny Sony Vaio that was ahead of its time in terms of lightness and ease in carrying. I really loved that little guy, had it fixed a few times, but after a number of years, it was too limited in memory to continue to serve. Next was the Toshiba, another fabulous laptop that had a HUGE screen and was therefore pretty heavy. I think that one succumbed to the blue screen of death. My son MOS-32, by then a professional computer dude, managed to save some stuff from the hard drive, but after that I began to use an external hard drive for serious saving. Almost all our photographs from the past 10 years exist only in digital form. I used to worry about losing physical photographs in a fire or flood; now I worry about a computer virus eating all my family memories.

Currently I have a Samsung, which is nice but not spectacular. My real confession here, though, is that I love using the computer and being on the internet so much that it prevents me from doing other things I used to love doing. I love knitting, but can do that only at a meeting where there is no computer access. I used to read books! I used to do crafts and draw and paint! Now that I have the smartphone, the internet follows me into the bathroom like my children used to do. 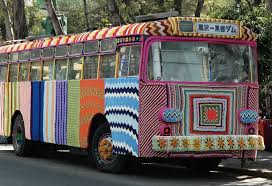 As someone who, as a kid, used to borrow single volumes of the World Book Encyclopedia from the library to read for fun, I find the notion that I can get answers in nanoseconds at any hour of the day or night to be intoxicating (in every sense of the word, including the dependence). And I haven’t even touched on the subject of internet SHOPPING!

4 thoughts on “My Love Affair with the Computer”