A Television Trip Down Memory Lane

The other day, I was having a conversation with my kids about television – I explained how when we were kids, there was no such thing as a “kids’ channel.” Kids’ shows used to be scheduled in the channel lineup between the VHF channels of 2-13, and come on at a certain time each day. If you missed your show, you were outta luck. Saturday mornings (remember Saturday morning cartoons when you’d help yourself to cereal and plop yourself in front of the TV wayyyyyyyyy before your parents woke up?) were really the only time you could sit for HOURS vegging out to Bugs Bunny, Tom and Jerry and all of the Hanna Barbera cartoons.

My kids were dumbfounded.

This got me started on a thread in Facebook, asking “what shows did you like as a kid?” I have to preface this by saying that most of my friends are the product of the 70s and very early 80s. I know for a fact that this pre-dates many of even the CTWMs because, yes…I am OLD!

So, here they are, a virtual trip down memory lane!!!

The Magic Garden – by far, my most favorite show was the Magic Garden. I can distinctly remember getting off the school bus, grabbing a jar of peanut butter with a spoon and bee-lining it to my parent’s bedroom to catch the Magic Garden on Channel 11. There was something very charming and psychedelic about the hippie co-hosts, who would sing folk songs, pull jokes out of the Chuckle Patch, and act out stories from the Story Box.

H.R. Pufnstuf – This slightly predates me but I watched reruns as a child. The show was both confusing and mesmerizing all at the same time. As Google play describes it: “Mayor H.R. Pufnstuf and the other residents of Living Island try to help young Jimmy, shipwrecked and led to their island, escape the evil clutches of Witchiepoo, a zany witch who wants to steal Jimmy’s talking flute for her collection of magical objects. But even as Jimmy tries to keep his talking flute out of Witchiepoo’s evil grasp, he is also trying to find his way back home.”

Schoolhouse Rock – What child of the 70s, 80s or even 90s does not remember the jingle that begins: “Conjunction Junction, what’s your function?” Each segment of Schoolhouse Rock was short, effective and pretty much embedded an earworm in the heads of every single parent and kid who watched Saturday morning cartoons.

Sesame Street – perhaps one of the longest running kids’ shows, many of the original muppet characters that graced Sesame Street are still part of the show today.

The Electric Company (original version) – while PBS Kids now shows a contemporary version of the Electric Company, it is nothing like I remember it to be as a kid. I like to think of the original Electric Company as a pre-school version of Saturday Night Live. It took the form of educational skits with a bit of a comedic bend to it. My mother STILL comments about the opening jingle, “HEY YOU GUYS!!!!!”

Hanna Barbera cartoons – I would be willing to guess that no American child of the 70s or 80s hasn’t experienced a Hanna Barbera cartoon of some form or another.  A quick google search of “Hanna Barbera cartoons” brings up some great memories on its own. This link alone will have you taking a stroll down memory lane, as you marvel at just exactly how many of your childhood cartoons were Hanna Barbera cartoons. I mean, remember Scooby Doo (and Scrappy, too!), Magilla Gorilla, Atom Ant (60s but constant reruns in the 70s), the Jetsons (a personal fave of mine!!!!), Josie and the Pussycats, and the Flintstones??

(All images below sourced from Wikipedia) 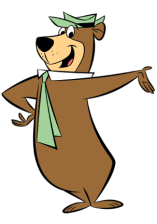 I even had a turquoise blue Jabberjaw lunchbox (lunchboxes are a post for another day!!!!)

(If you google “Hanna Barbera Collage”, you might be surprised to see how many characters you actually recognize. Unfortunately for image rights, I cannot post the pictures here.)

I could go on and on about shows of the 70s that kept kids like me entertained. I had an older brother, so I tended to be subjected to shows like Battlestar Galactica, Buck Rodgers, The Dukes of Hazzard while many of my friends were probably still watching Mr. Rodgers’ Neighborhood.

80s shows – for those of you who are more 80s kids, here’s a visual stroll down memory lane. These are all shows that my friends commented on my Facebook post (All images are sourced from Wikipedia).

In addition to the above, I DO have to throw out a special shoutout to the Snorks and the Smurfs (both of Hanna Barbera origin – the Smurfs, AKA “Les Stroumphs” was originally a Belgian cartoon but put into TV series by Hanna Barbera) because when I lived overseas, these two cartoons were the only ones that we were able to watch on the limited television that they had there.

View all posts by vleeshiue

1 comments on “A Television Trip Down Memory Lane”