I was thinking about how to get our kids through the aftermath of this election when I was sent this article about what we tell our children post-election. I think it’s safe to say that 50% of the population is happy about the election result and the other 50% seems not just disappointed, but actually scared of what this all means. This post is for all of you.

I think it is required that we acknowledge the fears or concerns of our children, whether or not we feel they are warranted or not. How we respond to our children will be a pivotal moment in their development, and our development as parents as well. I do think we to help our kids through this but also help ourselves, as parents and as American people.

Post-election trauma and fear is overwhelming. I completely get it. Maybe we have a hard time wrapping our heads around what has happened in this past year. In the aftermath of the vote count, there is still open wounds and deep frustration. Everyone has an opinion on how everyone else is acting/has acted. Here’s the reality:

Did I cover all of the rhetoric? Are we done snickering?

I’m sure I’ve missed some things, but let’s stop for a moment and breathe. Yes, release the tension in your shoulders and….

We had two major party candidates. People had strong opinions on both. One side won and the other side is hurt and reeling. But those were our candidates, not us. Not us as human beings.

I saw the worst of both sides. I saw people harassed at political rallies. I saw Facebook posts about inciting violence, talk of nooses and gun fights directed towards a candidate or his/her supporters. I saw Americans threatening a full-scale revolutionary or civil war if their candidate didn’t win or assassination of the President-elect if it wasn’t their candidate. (Seriously, people?) I saw complete misrepresentations of the truth being used as hateful speech and argument. I saw name-calling and mean-spirited prodding and poking.

That, that was US, the American people, not the candidates. 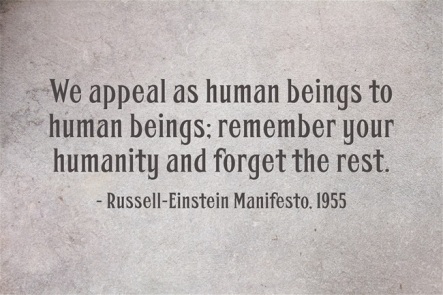 I think we are better that this. I think we can put aside our anger and figure out how to contain it. We need to figure out how to be human again. Anger and hate come from fear, anxiety, guilt and pain. We cannot judge where one person’s pain or anger comes from, but we certainly can work on understanding and diffusing it. Especially, by knowing where our own anger, pain and fear is coming from.

Certain people are truly afraid of their status right now and they are not being melodramatic – LGBT people, immigrants, Muslims, people of color, disabled people who have been mocked, etc. We, as their fellow countrymen and countrywomen can focus on calming that fear by being kind and open-hearted to those folks who are scared.

Our job as parents moving forward should be to focus our energy on responses and reactions, finding alternatives before fear and hate. Educators are concerned about the continuing trend of negative speech (called the “Trump Effect”) as documented by the SPLC here and the National Education Association here – but we can focus on teaching tolerance and the tone of our speech, showing the example of respect and dignity to our children. We, the adults here, can figure out ways to make small changes were we respond with understanding rather than pure anger.

I spend a lot of time driving. I think road rage got the best of me many, many times. I thought every single other driver on the road was either an idiot or a maniac. Why? When I started thinking about each and every other driver as me, or a mom with kids in the back seat, I focused more on wanting all of my fellow drivers to get to their destination safely. That thought makes the difference on how we react when someone cuts us off between reacting with rage or realizing that someone may have just made a bad judgement call. That person made a mistake, he/she should not be forever defined as a reckless idiot.

We are all in this together. We all want to support ourselves and our families. We all want to make a decent living and not live in fear of being a victim. We all worry about our safety and security. We need to realize that we all should care about each other making it to their destination safely.

My assignment for everyone is this:

Find one single thing (or many more than one) you can do to diffuse and move kindness forward in your proximate community. Figure out how you can make your own individual effort on community progress and civility. Many of my friends are active in larger-scale movements and causes. This is fantastic. Some people may just want to focus on daily encounters. Looking people in the eye and saying “Good Morning” to everyone you pass may be the one thing that makes many, many peoples’ day better – especially your own.

So, in this raw moment where I still feel shock and disbelief along with some personal hurt at what I see to be one candidate’s stance being a direct threat to my family, I am trying to find a kumbaya moment. Because, we have to. If we really want to Make America Great Again, we have to be better people day to day, person to person, group to group. We have to be KIND to each other and work together, as united as possible on the big things.

Go forward people. No matter how you feel right now, we will not let this be the destruction of who we are.